Opposition to this pipeline system, as well as the promotion of transitioning to renewable energy, is supported by an active coalition of four Upper Valley groups: Sustainable Lebanon, Energy&Climate-UV, UV-Affinity Group, and UV-Transformational Action Affinity Group. Energy&Climate-UV, formed in 2015 in response to this proposed pipeline, included Sierra Club member Judi Colla.  To balance the opposition work with the “positive”, Judi applied to the Sierra Club for a grant for Hanover and the Greater Upper Valley to work toward 100% renewable goals by 2050, which to date have been approved at Town Meeting by Hanover (2017) , Plainfield (2018), and Cornish (2018), NH.

Nicole Cormen was an inspiration in her tireless work to protect our environment, and we would like to dedicate our work to her.  It was she who emailed several people, in her last months of life, “Do not take your eyes off of this one” when, in May 2015, the first proposal for this pipeline system was put forth.  It is very likely that without Nicole’s ask, opposition would not have built, and the Sierra Club “Ready for 100” grant (written in tandem with that opposition) would not have been written. The “Ready for 100” initiative, initially focused on Hanover’s Town Vote (unanimous May 9), is now spreading to towns across VT, NH and ME, joining towns and cities nationwide.  Nicole was honored with the Allen and Nan King Award for Community Service and as Lebanon Citizen of the Year in August 2015.   Thank you, Nicole. 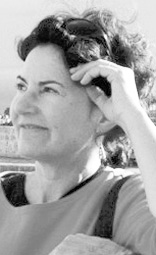 In April 2017, Liveability.com once again recognized Lebanon, NH as the “best small town in America”.   Energy efficiency and renewables, not new 50-year fossil fuel pipelines, fit with that honor:       http://www.onlyinyourstate.com/new-hampshire/best-city-nh/

Liberty Utilities proposes to truck liquefied natural gas (LNG) and compressed natural gas (CNG) to a storage facility near the Lebanon landfill on Route 12-A. LNG would be stored in four 60,000 gallon tanks and CNG would be stored in separate containers at a pressure of about 3,600 pounds per square inch. The company proposes to build an 11-mile pipeline system, following public rights-of-way, to distribute the gas to large commercial and institutional customers and some residences.

Brief History:   Opposition to the Pipeline Leads To Efforts Toward Sustainability

From 7/15-9/16, Valley Green Natural Gas LLC was competing with Liberty Utilities with petitions for a franchise for gas distribution in Lebanon and Hanover, NH, their cases being heard before the NH Public Utilities Commission.  In 9/16, Valley Green withdrew, and in 12/16, Liberty submitted a new petition.  The case began 3/23/17 and the hearing is scheduled for 9/7/17.

In the summer of 2015, Energy and Climate-Upper Valley formed in opposition, organizing two large forums and many meetings and newsletters.

To add proactive work to the opposition, in the fall of 2015, Energy&Climate-UV/ Exec. Comm. Sierra Club Upper Valley Group member Judi Colla wrote a grant proposal to the Sierra Club’s “Ready for 100” campaign, which led to Sustainable Hanover endorsing its goals 12/16 and the Hanover Selectboard adopting a supportive resolution 2/17.   On May 9, 2017, residents of Hanover unanimously approved those renewable goals at Town Meeting — 100% renewable electricity by 2030 and 100% renewable transportation and heating by 2050.  These are ambitious energy goals, but achievable with sufficient political will.  See thesolutionsproject.org for one model, and for informative reading, ourrenewablefuture.org

The Lebanon Energy Advisory Committee voted on Mar. 16, 2017 to ask the Planning Office to propose removal of all references to natural gas as a “sustainable” fuel in the Energy Chapter of Lebanon’s Master Plan.  The Chapter was written before solid research had evolved re. hydraulically fractured (fracked) gas:  (1) pernicious health impacts to people living near extraction sites and (2) severe climate impacts due to methane leaks in its extraction and transport. Both the City Council and the Planning Board unanimously passed the proposed Addendum on June 7 and July 10 respectively.

Two Lebanon residents have filed a formal request with state regulators to force disclosure of information that Liberty Utilities wants kept from the public during review of the company’s application to build a large natural gas storage facility and distribution pipeline to serve the city and neighboring Hanover.  Ariel Arwen and Jonathan Chaffee are representing themselves as citizen “intervenors” before the New Hampshire Public Utilities Commission (PUC) in proceedings that will determine whether the state will grant Liberty Utilities a monopoly franchise to distribute natural gas in Lebanon and Hanover.  The area is currently not served by a pipeline system.  Liberty proposes to truck liquefied natural gas (LNG) and compressed natural gas (CNG) to a storage facility near the Lebanon landfill on Route 12-A.  LNG would be stored in four 60,000 gallon tanks and CNG would be stored in separate containers at a pressure of about 3,600 pounds per square inch.  The company proposes to build an 11-mile pipeline system, following public rights-of-way, to distribute the gas to large commercial and institutional customers and some residences.

In early April 2017, Arwen and Chaffee filed an objection with the PUC to Liberty’s motion for confidential treatment of information that the company claims is “proprietary, non-public, and commercially sensitive”.  A day later, the Office of the Consumer Advocate, a department charged with representing the interests of rate payers before the PUC, weighed in with a letter to the commission in support of Arwen and Chafee’s objection.

The objection disputes many of Liberty’s claims and cites several instances where information, redacted in documents the company has filed in the case, is already in the public domain.  Arwen points to a table in one document that names ten large potential customers, including Dartmouth College, Dartmouth-Hitchcock Medical Center and Kleen Laundry, but blacks out current fuel and projected gas usage.  “That information shouldn’t be redacted,” she said.  “Much of it is already publicly available.”  For, example, she says, Dartmouth’s web site identifies the fuel it currently uses at its heating plant, about 3.8 million gallons of #6 fuel oil annually.  Likewise, DHMC’s and Kleen’s fuel usage are known from records on file with the PUC.  In fact, she points out, some of the information blacked out in one part of a Liberty document is revealed elsewhere in the same document.  “It’s confounding,” she said. “What’s at stake is having information so that town officials and community members in Lebanon and Hanover can assess this proceeding, ask informed questions and frame informed responses.”

Chaffee points to another concern.  Liberty hired a consulting company to conduct a “fatal flaw” analysis of the project storage site that, according to documents filed by the company, “included thermal and vapor modeling utilizing four 60,000 gallon tanks”. Liberty has asked the PUC to withhold from public view a document that contains the analysis because “disclosure may publicize the Company’s planned infrastructure.”  Chaffee says that justification is unacceptable.  “How can we have any confidence in a process that keeps information related to public safety hidden from the public?”, he asked.

Though intervening independently of the City Council-appointed Lebanon Energy Advisory Committee (LEAC), Arwen is a member of that committee and Chaffee is an alternate member. Supporting the sustainability goals of that committee as well as those cited in the City’s Master Plan provided a major impetus for their intervention. Similarly, Arwen points out that the public has shown considerable interest, and mounting opposition, to the project. “People are particularly concerned that this project could lead customers to invest in fossil fuel heating equipment that will soon be a regretted choice as more efficient and cheaper renewable energy sources become available,” she said. “Run-away climate change is impacting us in a 20-year time frame, and this proposed investment in new fossil fuel infrastructure depreciates over 50 years. It does not fit. Citizens in Lebanon and Hanover are seriously focusing on how we can move quickly to sustainable energy sources. Potential customers should not lock themselves for many years to come into using a dangerous fossil fuel which has been shown to have no ameliorating effects regarding climate, and whose pricing over the coming decades is projected to be volatile.”

Noting that the gas brought to the Upper Valley will almost certainly be extracted through hydraulic fracturing, Chaffee adds, “People are particularly tuned in to the fact that fracking poisons water supplies. Scientific research shows increased incidences of serious, long-term health problems among people living near the gas wells.”

All currently-public documents related to Liberty Utilities’ petition for a gas franchise in Lebanon and Hanover can be found at the PUC’s web site: http://www.puc.state.nh.us/Regulatory/Docketbk/2016/16-852.html